October 1 -- St. Remigius and the BVM

October 1 is among the feasts of the Blessed Virgin Mary. This particular day is dedicated to Holy Protection of the Mother of God.

But it's also the feast of St. Remigius, the Apostle of the Franks (the proto-French, not the hotdogs). He baptized King Clovis I, making Christianity cool throughout the kingdom. The chrism (holy oil) for this baptism was delivered from heaven by a dove; known as La Sainte Ampoule, it was kept at Reims Cathedral until the Revolution. The Revolutionaries publicly smashed the ampule against the statue of King Louis XV in 1789, but some oil was said to have adhered to someone's clothes, and was thus transferred to another vessel, brought out for the coronation of Charles X in 1824.
Posted by Tom Major at 7:17 PM 1 comment:

This is definitely a Big Dog Day. Jerome, the cantankerous unconventional monk who translated the Bible into Latin (the Vulgate), died peacefully (more peacefully than he lived) on September 30, AD 420. Jerome was an ascetic monk, brilliant and quick to criticize other church leaders who disagreed with him. Having inveighed against priests who care more for wealthy widows than for the poor and sick, Jerome was hoist on his own petard when he accepted the support of Marcella, Paula, Eustochium, and "the ladies of Rome." False and malicious rumors spread about Jerome and Paula -- they were debunked but the damage they had done to his reputation may have cost him the Papacy when his friend Pope Damasus died. Then again, maybe he never stood a chance -- tact and diplomacy were not suits he found in his hand.

If I seem to have cast him in a bad light, consider this: he was a brilliant scholar who set aside his writing and translating to aid the Roman refugees fleeing Alaric's army. Said he, "Today we must translate the words of scripture into deeds, and instead of speaking saintly words we must act them." What more could we want from a saint?
Posted by Tom Major at 9:17 PM No comments:

Feasts aren't just for saints anymore -- September 29 celebrates Raphael, one of the three angels mentioned by name in the scriptures. [I'm guessing the others are Michael and Gabriel, but I don't know that for sure. Use the comment function to confirm or correct.]

Raphael is a central character in the Book of Tobit, which I have not read, but from which the Grateful Dead got their name. The source I used for this calls the book deutero-canonical, which I guess is a polite way of saying apocryphal.

The same source listed the same info for Raphael that it does for other saints, including:

We live in a subtle age. The signs and miracles around us are easily overlooked, mistaken, misinterpreted, or dismissed. When St. Conval prayed for God's guidance, the stone on which he was standing broke free of the shore and carried him to Inchinnan, where he began his work as an evangelist. Our spiritual experiences, if we accept them at all, are kept to ourselves, lest (to paraphrase Peter Gabriel) our friends would think we were nuts.

I like to think that God needed to do spectacular miracles because dramatic demonstrations were needed to persuade an illiterate and fiercely pagan people. In this post-Reason era, perhaps we need subtler, more personal demonstrations of God's power. Be watchful.
Posted by Tom Major at 8:49 PM No comments: 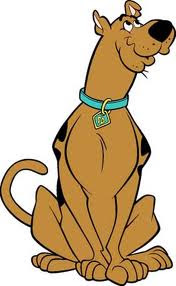 You probably guessed that I picked this guy because his name is Scubilion. True. And it is even better that he chose that name when he took holy orders -- he was born with the name Jean Bernard Rousseau, but thought that Brother Scubilionis (no kidding) sounded better. Hey Brother Scooby, want a snack?

Of course, reading about his life wiped the smile off my face. In 1833, he was assigned to teach slaves on Reunion Island in the Indian Ocean (east of Madagascar). I didn't know anything about Reunion Island (called Ile Bourbon until the French Revolution) so I looked it up. It was uninhabited when the Portuguese explored it, but then the French settled it as a slave colony. A couple hundred thousand Africans being worked to death by a few thousand French overseers in the sunny tropics.

Brother Scooby spent thirty-four years there, teaching and working with the slaves until his death at age 70.
Posted by Tom Major at 7:24 PM 1 comment:

Collectively, the Blackrobe priests who worked to convert the Hurons are celebrated on September 26, even though some of them have individual memorial days as well. I was initially going to detail who died in what way (shot with arrows, tomahawked, tortured for X hours, etc) but then I read a brief biography of St. John de Brebeuf, a French Jesuit who went to the Canadian frontier at age 32. He's the guy who named the game Lacrosse, since the stick reminded him of a bishop's crozier.

St. John's humility and strong desire to be useful to the Huron, not only spiritually but in mundane and practical matters, is evident in his instructions to fellow Jesuits.

Herman was rated the best religious poet of the eleventh century, and that ain't too shabby. It is especially impressive since he was born with a cleft palate, cerebral palsy, and spina bifida. His parents gave him to a Benedictine monastery for care because life on their farm was not nurturing enough for him. The next time you see monks portrayed as austerity-fetishists devoid of compassion, think about Herman the Cripple, who studied Arabic, Greek, Latin, astronomy, history, math, poetry, and theology. I'm thinking the Benedictines did themselves proud when it comes to Herman, no matter what Prof. Eco might imply about them.
Posted by Tom Major at 7:01 AM No comments:

I might have talked about the burning of that statue of Mary taken from Walsingham to London in 1538, part of the Anglican attempt to root Catholicism out of England. I find iconoclasm both reprehensible and understandable, whether it is destruction of an image of Our Lady of Walsingham (whose feast is 9/24) or the Buddhas of Bamyan that the Taliban under Mullah Omar destroyed in 2001. Idols must look a lot like graven images to those who read the Bible very literally; I have been greatly relieved to learn that many of the earliest Church fathers were no more literal than I.

But, as Arlo Guthrie said more than once, that's not what I came to talk about. This saint, Robert of Knaresborough, seems to be more Robin Hood than the chief of the Merry Men himself. After spending some time living with an outlaw in a cave, he started a small chapel at Rudfarlington, but bandits destroyed it. He moved in with some monks, but didn't fit in, so he returned to his chapel. The town constable accused him of harboring thieves and outlaws, a charge that was likely true. Finding himself persona non grata, he returned to his cave.

King John donated forty acres to him in 1216. Clever to the last, the revenue from it was donated to the needy, forcing (or enabling) him to refuse to pay tithes on it. Cistercian monks tried to aggregate him to their order as he was dying (saints' bones were dollar dollar back in the day) but he rejected their request. They also tried to claim his body after his death, but he had left strict instructions that he be buried outside his cave.
Posted by Tom Major at 8:21 PM No comments:

Everybody's heard of St. Francis of Assisi, but how many have heard of St. Clare of Assisi? I hadn't until now. I had heard of the Order of Poor Clares, one of the sororities (credit to Cat Nawawi) of nuns. Clare was the daughter of a count, considering becoming a nun; on Palm Sunday, someone handed her a palm, which she took as a sign so she took the vow. Maybe things were different in the 13th century -- I got a palm every year that I attended church on Palm Sunday. Or maybe I'm just too dim to recognize a sign when I see one.

Not Clare though. So well could she see signs that when she became too ill to attend church services, the image of the Mass would play on the wall of her chamber. Thus, she is the patron saint of television. To think that she has dominion over Weeds, The Real Housewives, and Jersey Shore. Let's enlist her to pray for something worth watching.